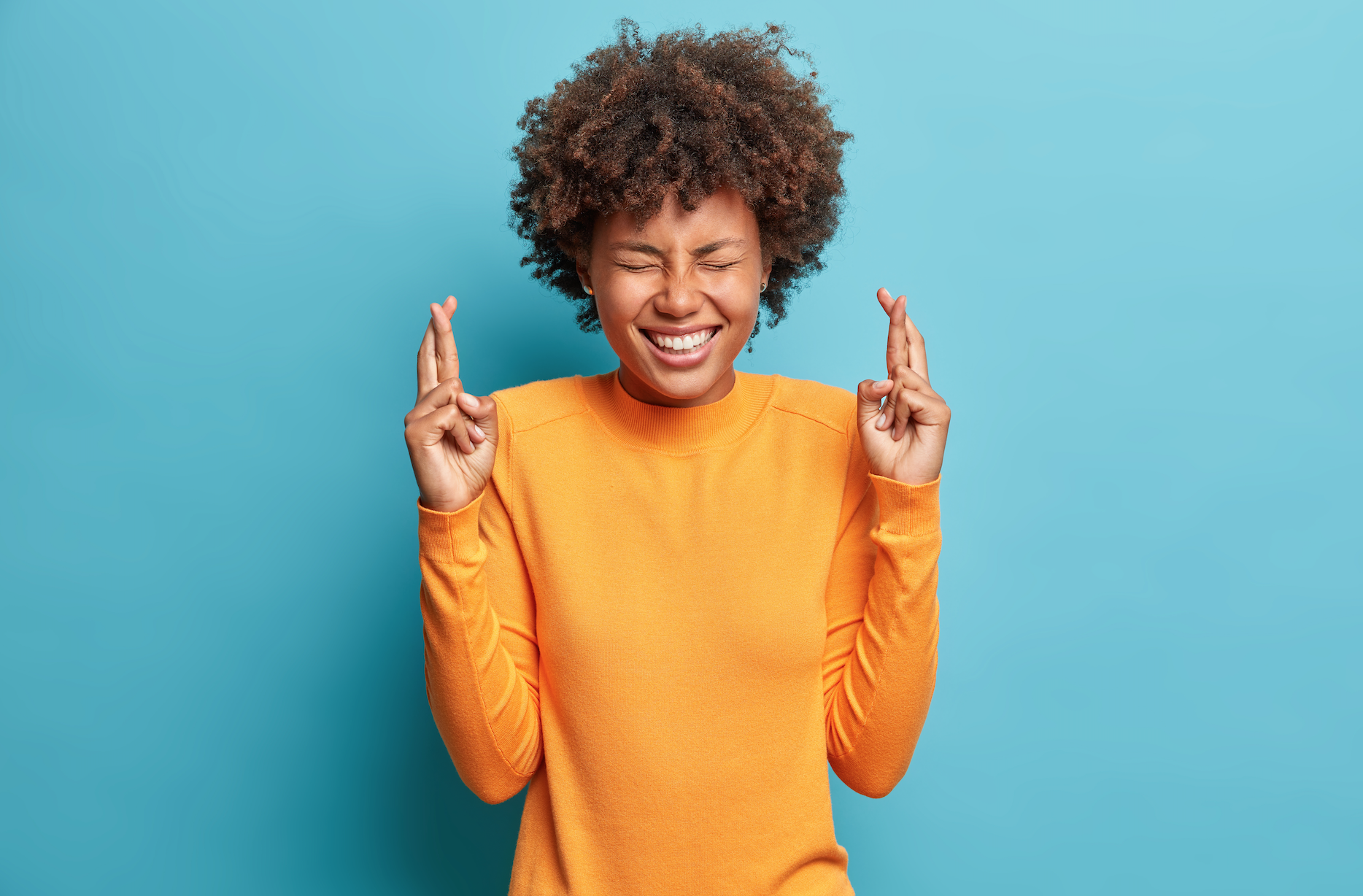 If you just want a quick burst of Starlight, then that’s fine. But if you want a genuine Thriller, then you need to leave room for some dancing!

At the start of this month, we at Magnum&Co were lucky enough (pun intended) to have the author of Go Luck Yourself, Andy Nairn, chat to our clients and team-mates about his just launched book.

Andy is one of the founding partners of Lucky Generals in the UK and US, and is, arguably, the best brand strategist in the world right now. To boot, his charm knows no bounds - an 8am Zoom call for us, was 11pm at night for Andy, in London - so thank you again for staying up beyond midnight to educate and inspire us all!

For those who don’t know, Andy is as entertaining as he is smart, and as he took us though his Lucky thesis – appreciate what you’ve got; look out for opportunities everywhere; turn misfortune into good fortune and (my favourite) practice being lucky - he wandered about his study (or spare bedroom at least) sharing anecdotes and tales of those individuals, teams and companies who have let luck into their lives and/or processes, versus wilfully ignoring the potential of a past, present or even future opportunity.

For your reading pleasure, and maybe some lucky relief too from our Covid stakes, here’s my personal favourite chapter from Andy’s book:

‍(Alt title: How to make a Thriller – with a little help from the Lord)

Quincy Jones is a colossus of the music industry. Over 60 years, he’s clocked up a record 80 Grammy nominations, 28 Grammys and a Grammy Legend Award. He’s also had seven Oscar nominations and countless other industry gongs, while selling hundreds of millions of records. You could call him Mr Lucky (the name of one of his many songs), except that Mr Jones is a firm believer that you make your own luck in life.

It would take more space than I have here, to explain how the Chicago-born maestro does it.  After all, his virtuosity spans everything from song-writing and composition to performance and production. Likewise, he’s worked with everybody from Frank Sinatra (“he took me to another planet”) and Aretha Franklin (“she turned this country upside down”) to the Beatles (“the worst musicians in the world”). In fact, he’s crossed paths with so many great figures that he’s often been likened to Forrest Gump.

But if there’s a common theme that pulls together all his diverse strands of work, it’s his practice of creating space for unexpected moments of genius to occur. He sums this up with a favourite mantra: “Leave 20-30% of room for the Lord to walk through the room. Because then you’re leaving room for the magic.”

What’s interesting is that this is a very deliberate strategy, rather than a passive hope that something good will happen. ‘Q’ is actually very rigorous in his approach: he has an incredible grasp of musical theory and is scathing of those who don’t apply the fundamentals of melody, harmony, counterpoint and orchestration to their work. But he also knows when the science must stop and the artistry must be allowed to take over. So he builds this into his process, rather than leaving it to chance.

Jones likens this approach to painting (yet another area in which he excels): his songs start off as rough shapes, akin to charcoal sketches; then as they take form he plays around with different washes, like a watercolourist might; it’s only right at the end that he commits to their final execution and “puts it in oil”.

This way of working was responsible for Jones’ masterpiece as a producer: Michael Jackson’s Thriller. The 1982 classic is the best-selling album of all time (with up to 66M sales worldwide) and is often credited with the invention of the pop video. It was the product of a relentless process - Jones and his team worked so hard that one of their amplifiers eventually caught fire – but one which allowed for regular deviations along the way.

Take the album’s title track. Thriller originally started off as a brighter piece called Starlight. But as the songwriter Rod Temperton got to know Jackson better, he discovered his love of horror films and gave it a more sinister feel. Then Jones revealed that his wife knew the horror actor Vincent Price so they asked him to record the now-famous spoken-word sequence at the end. That’s two lucky breaks that wouldn’t have happened if the team had stuck rigidly to the original script.

The smash hit Billie Jean benefited from a similar moment of magic. From a technical point of view, Jones felt that the intro was too long but Jackson wanted to keep it. He couldn’t really articulate why other than it made him want to dance. So Jones gave him some wiggle room (literally). “When Michael Jackson tells you that’s what makes him want to dance, well the rest of us just have to shut up.”

Finally, the breakthrough number Beat It should never have happened. It wasn’t on the original track list and the team had already recorded nine great songs. They were delighted with the album as it was and were ready to call it a day. But Jackson wanted to try his first rock number so Jones scrubbed one of the existing tracks in favour of a new composition. He then roped in Eddie Van Halen to contribute an unlikely guitar track. After some initial scepticism (it took five calls for ‘Q’ to convince the rocker that it wasn’t a prank), Jones won him over with the promise of complete creative freedom: “I’m not gonna tell you what to play - the reason you’re here is because of what you do play.” Again Jones had carved out some space for the Lord to do his work.

In contrast, the modern advertising development process sometimes seems designed to keep the Lord locked out of the room. Once ideas have been sold up the chain, it’s hard to amend them on the hoof. Instead, storyboards and music tracks are locked down as soon as possible and directors are asked to shoot the script, rather than add too many flourishes of their own. Any spare time is used on logic rather than magic: meetings, pre-meetings and pre-pre meetings are called, to make sure everyone knows exactly what is going to happen next. Finally, the researchers are given longer to research the work than the creatives were given to come up with it in the first place.

The whole process is designed to make sure there are no nasty surprises, but it also removes the opportunity for good luck. If you just want a quick burst of Starlight, then that’s fine. But if you want a genuine Thriller, then you need to leave room for some dancing, some horror, and a little bit of Van Halen on the day.

Go Luck Yourself is now available from all good book shops, on line and off.

If you just want a quick burst of Starlight, then that’s fine. But if you want a genuine Thriller, then you need to leave room for some dancing! 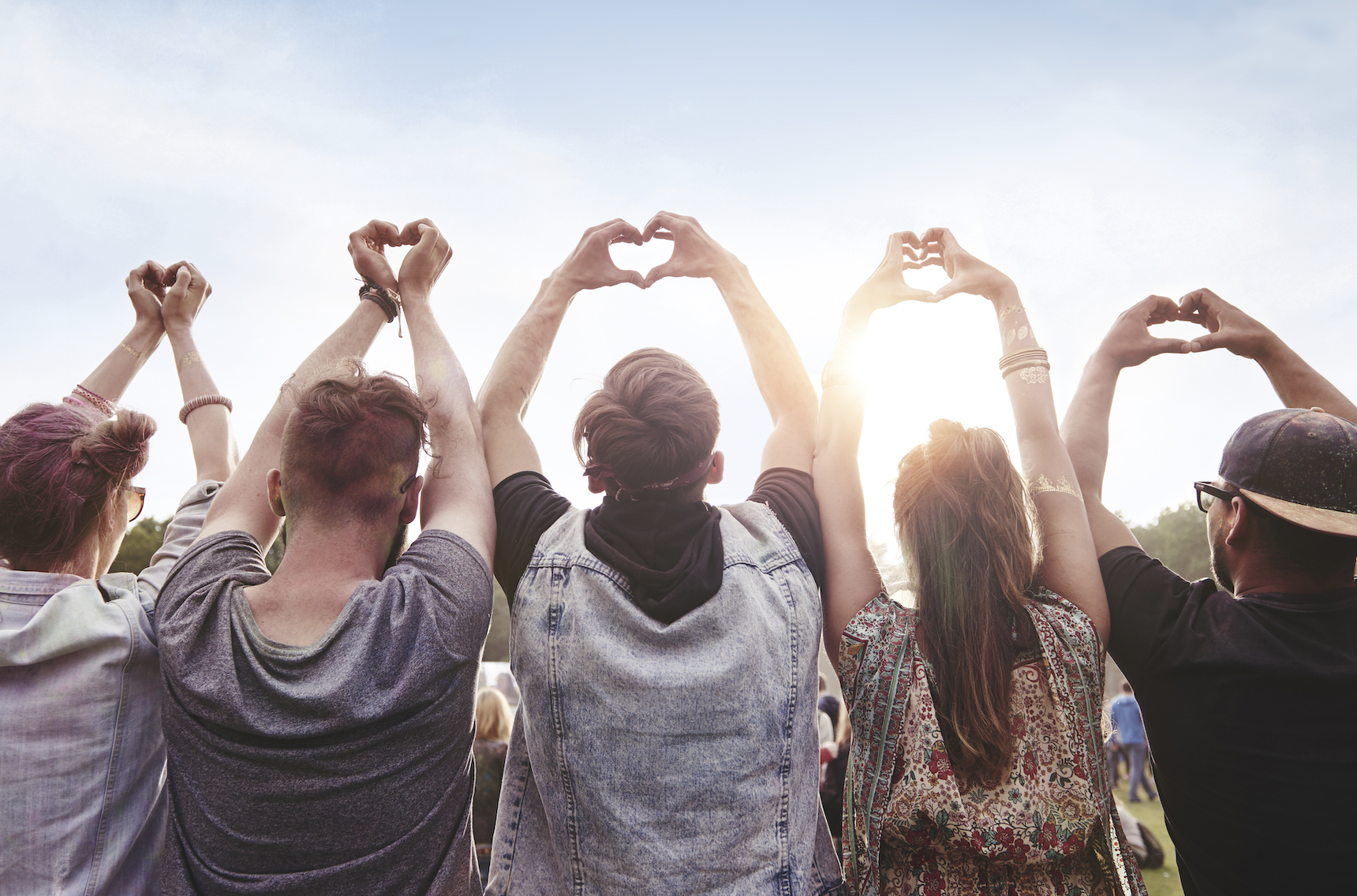 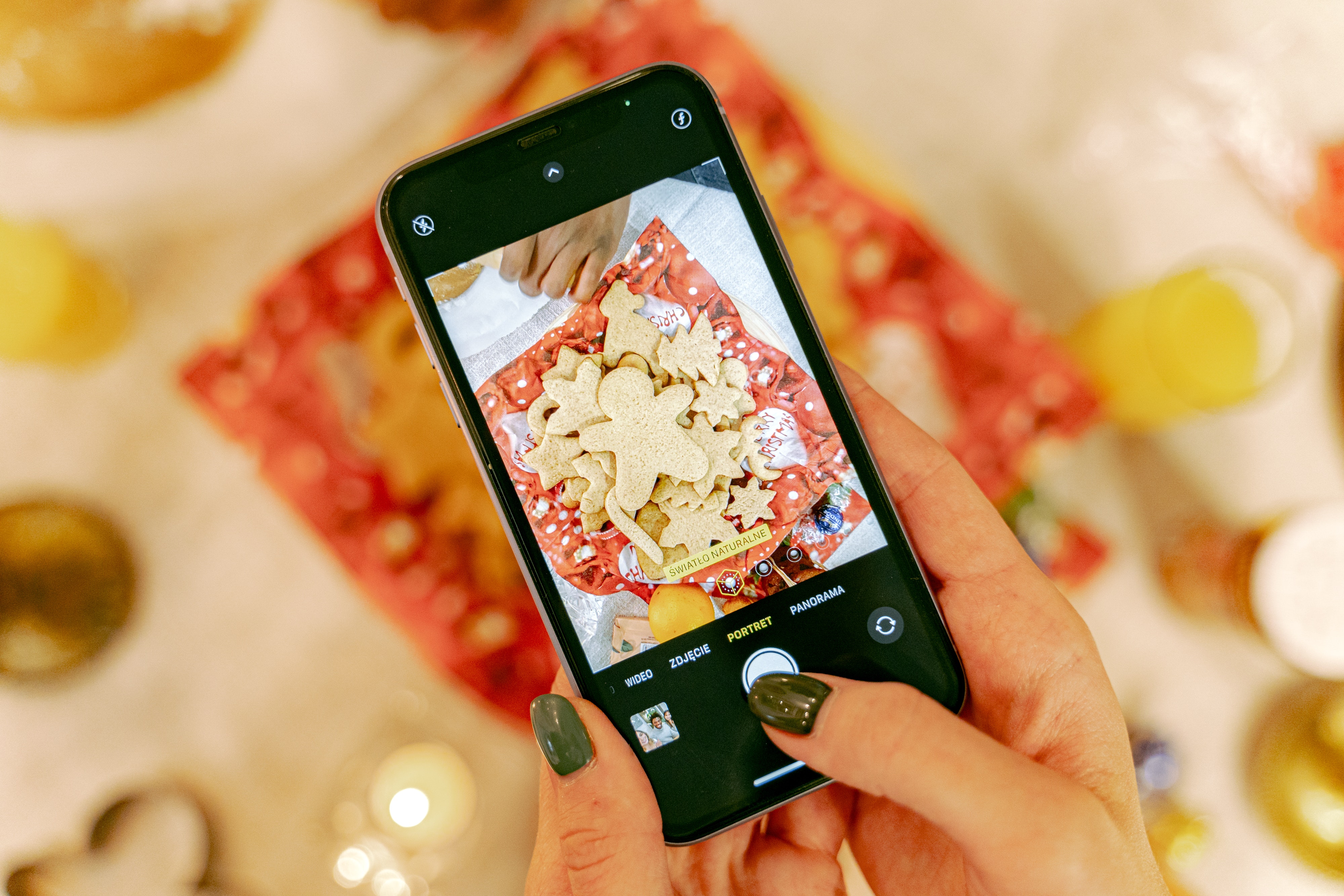 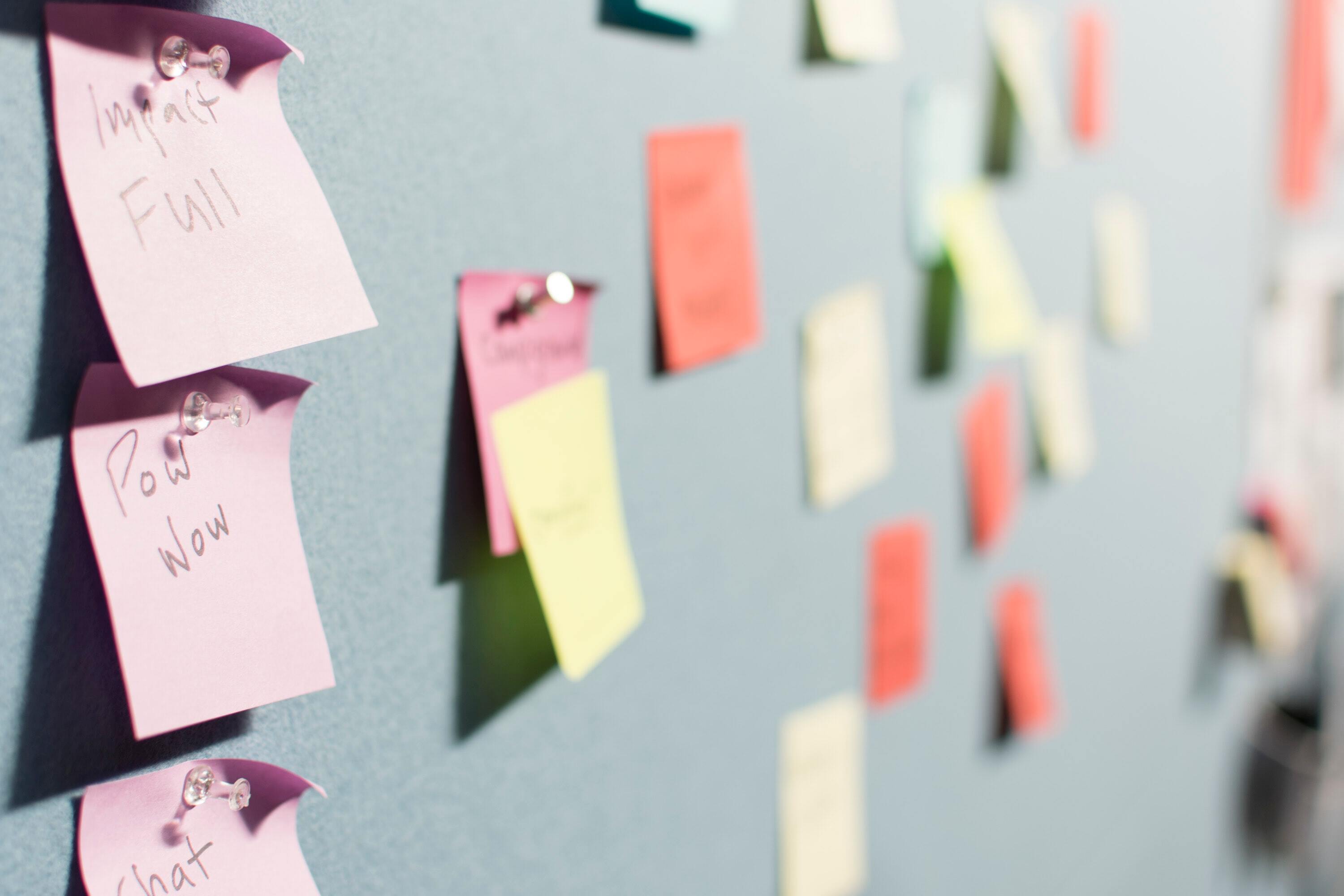 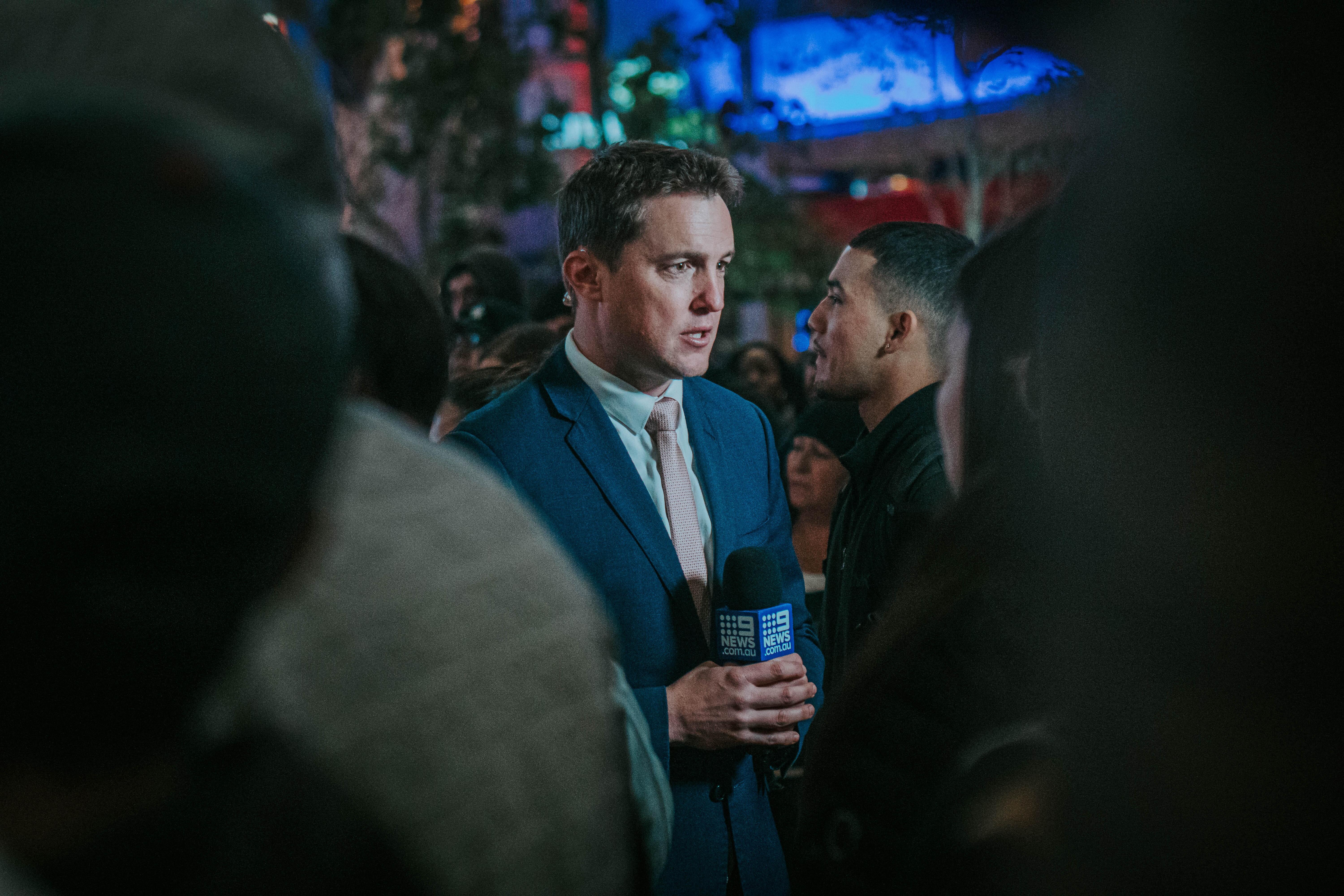 PAULINE HANSON IS A KNOWN RACIST SO WHY ARE MEDIA STILL INTERVIEWING HER?
click for blog homepage >
do things that change things
blog