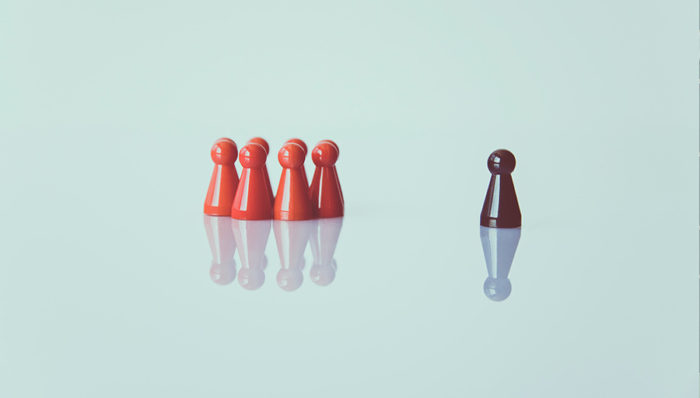 The definition of leadership, or at least the one that I subscribe to, is “a process of social influence which maximises efforts of others towards achievement of a goal”.

Now feels like as good a time as any to reflect on the different types of leadership styles we’ve witnessed over the last few weeks. What does modern leadership look like today?

Is it Jacinda Ardern whose calm and consistent style of communication has led to critical appraisal from all corners of the world? Who has repeatedly included the thoughts and feelings of children (and their parents) in her speeches and statements? Who has considered the humanistic implications of this disaster ahead of the economic ones? Who has led with utter compassion and empathy throughout?

Or is it the Queen, whose rousing Coronavirus speech was watched by 24 million people. Apart from her annual Christmas Day broadcast, this was only the fifth time she had given a speech during her 68 year reign.

Purposefully addressing “people of all faiths and of none”, her gentle appeal to the British public was loaded with words of personal encouragement such as “self-discipline”, “unity” and “resolve”.

Unlike an early, school teacher like speech by our very own Prime Minister which has been the source of ridicule ever since (“Stop it! I can’t be more blunt about it. Stop it.”). It is common human behaviour theory that the more you tell someone not to do something, the more they will do it. I thought Scott Morrison was a parent?

In sharp contrast, the Queen’s message invoked a sense of collectivism and united effort, acknowledging that every single person in the world could play a part in defeating the common enemy, “This time we join with all nations across the globe in a common endeavour, using the great advances of science and our instinctive compassion to heal… We will succeed – and that success will belong to every one of us.”

I don’t know about you, but I know which speech makes me want to strap on a superhero cape and stay at home.

That being said, fast forward a few weeks and both Morrison and Ardern are receiving praise in equal measure for handling the situation effectively and getting a good result (albeit in strikingly different ways).

And what about us, the everyday people? What are we doing to influence the efforts of others?

‘Clap for our carers’, the weekly gesture in the UK to show support for NHS workers, was started by a Dutch lady. First, she made a poster and then she shared it online. This small act of gratitude has galvanised a nation in pain. It didn’t come from the government; it came from someone who wasn’t even born in the country. It kick-started a national campaign called #lightitblue, again to show support and gratitude to the NHS. In response to these stirring gestures, more than three quarters of a million Brits have answered the call to help volunteer at the NHS. Achievement of goal – tick.

The origins of the teddy bear hunt are harder to find but most sources point to the US. A thoughtful way to connect neighbours and keep little minds occupied and active, this social initiative has put a smile on the face of thousands of little kiddies who find themselves wondering why they are suddenly being allowed to watch so much Peppa Pig. These teddy bear hunts have imbued the otherwise mundane daily task of walking around the block with a sense of joy and excitement for many kids and their parents.

Back on home ground, dressing up for bin night has gathered pace. Founded by Danielle Askew from Queensland, the Facebook page ‘Bin Isolation Outing’ has attracted over a million members looking to indulge in a little role play whilst we collectively lose our minds at staying in for another day. Whilst most people would have hesitated for fear of being ridiculed, Ms Askew thought better of it. Within days, the idea had taken off and is now a global movement recognised as a small way to spread a little happiness during an otherwise crappy time.

So, with all things considered, who led best?

The question really isn’t about who led best. The point is that leadership takes its form in many different ways. Some driven by empathy, some driven by economics.

I’m certainly not saying that any one of these displays of leadership is the silver bullet to all of our problems. But maybe what I am saying is that it lies in all of us to step up and lead in whatever way we can. No matter how big or small we are. And no matter where we live.