To Kanye or not Kanye, right now that’s the question we need to ask ourselves 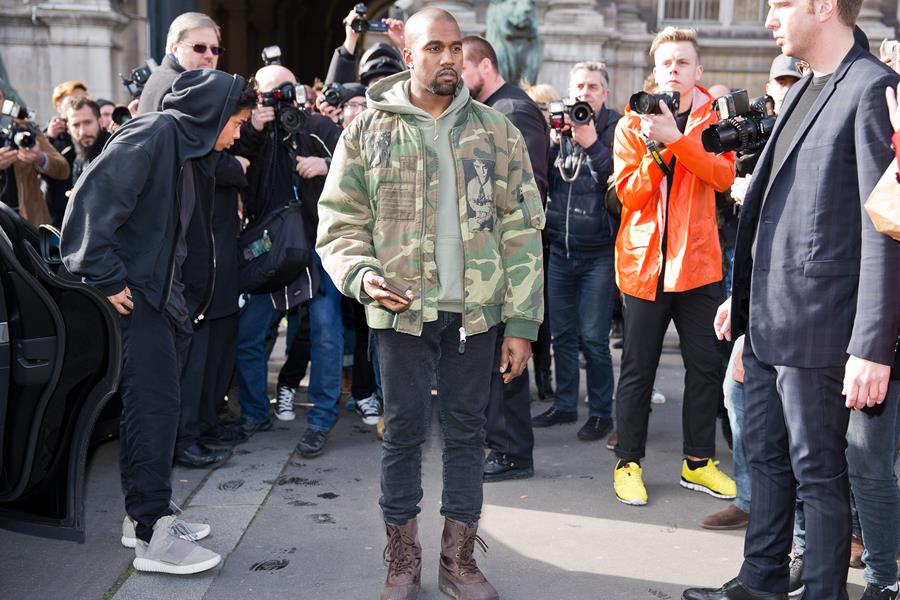 Yes, you’ve read that right, I’m writing a blog about Kanye and asking whether you should Kanye or not Kanye in these current times.

So what is it to Kanye? Well, to Kanye, is to frankly flip on what you appear to stand for, or not be true to your values. For me, and reading all the celeb trash out there, old mate Kanye has deviated from established values from the likes of College Drop Out in the past five years coinciding with his race for the 2020 Presidency.

But I know you’re not here to only read about a rapper who wants to become the Prez so I’ll get to my point, I’ll also stop attempting slang too. The point of these words is to focus on what Kanye has done to his brand over the past five years and how his flip flop approach to values has left us all wondering if the real Kanye will please stand up. That was really lame, I’ll stop now for real, it wasn’t even the right rapper.

On one side, Kanye has recently aligned himself with some very extreme views. These views include suggesting centuries of slavery were a ‘choice’, to comments around abortion and his Sunday Service featuring some prominent anti LGTBQI Christian leaders.

On the other hand, Kanye has been a financial supporter of Obama’s Presidential campaign, his music consistently references the exploitation of Black populations, he raised money for Hurricane Katrina relief whilst directly criticising the Republican Government’s treatment of the survivors and, most recently, set up a fund to cover George Floyd’s daughter’s university tuition fees.

Now a caveat, Kanye can do what he wants, he is a millionaire with die hard fans and is a bloke not a brand, but his flip-flopping approach to his values, reflected in who and what he associates himself with, is not only mighty confusing for the average Joe, but can directly affect his brand.

Today, brands are being scrutinized more than ever on living up to their values. They need to be completely aligned and completely focused on delivering what they say they will, and rightly bloody so. In 2020 brands are more to us than just things or objects, they’re fabrics to our lives and we expect truth, honesty and realness from them. Recent research highlights that 74 per cent of consumers expect brands to take a stand on issues, they want brands to be more than a thing we buy into. People feel it’s worse to say nothing at all, over speaking out on topics that can be seen as politically divisive.

Social media has become a channel to call out brands, a channel for action to highlight brands not staying true to what we expect of them. Further researchsuggests the main cause for calling out brands is because of dishonesty.

So in a world where brands are being scrutinized, what is the best thing to do? Be honest, be true and allow your actions to reflect this mentality.

An example of this is Nike whose mission relates to providing inspiration and innovation to athletes (and in their words: if you have a body you are an athlete) across the globe and backing those who aren’t backed by anyone else. For me, this is best lived out ‘Dream Crazy’ featuring Colin Kaepernick. Nike chose to speak up about a distinct crossover between social issues and a passion point with the USA, a bubbling crossover of sport and race. It was a bold approach that saw people burning Nike sneakers in response, but it’s intention was to never go down the middle road with founder Phil Knight highlighting “it doesn’t matter how many people hate your brand, as long as people love it. You have to take a stand on something.” The result for Nike was a whole lot of burnt runners, a Creative Emmy and a 5 per cent jump in share price and arguably making value-led advertising and ideas the norm from then on. This is the exact opposite to Kanye: a clear message, that will make people love it or lump it. Also, maybe why Kanye designs for Adidas?!

Now something a little closer to home with Go-To Skincare. For anyone who dabbles in Go-To, you know it values a no BS approach to skincare, making it accessible to all. It’s response to the Black Lives Matter movement reflects this perfectly. It has not only pledged financial support but also increased representation of BIPOC across all levels of Go-To from internships for indigenous Australian university students, to representation within it’s content. It’s latest pledges match what we expect of it, a no BS approach to a topic that needs to be spoken about, making it instantly more relatable to millions.

So back to that question from before, to Kanye or not to Kanye? The data is telling and audiences are demanding: brands need to definitely not Kanye. Brands need to stick true to values and missions, opting for a College Drop Out approach over a 2020 Presidency campaign.