Outspoken in a time of injustice 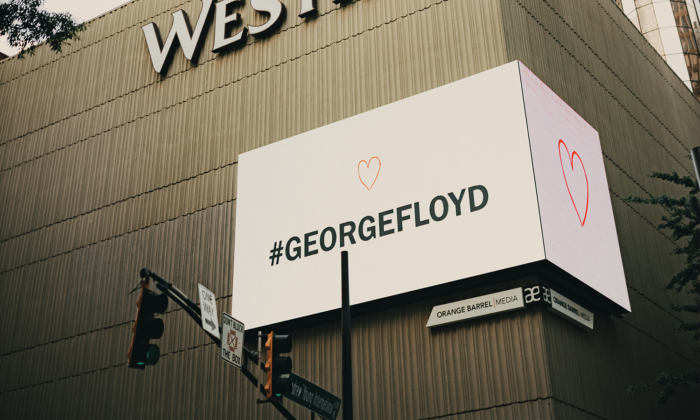 Growing up in rural Australia and mid-western United States, my father made it abundantly clear that sometimes people just won’t like me because of the colour of my skin.

It was a hard fact to accept, but one that as a child and teenager I often didn’t think about. It wasn’t until my late teens and early twenties that I realised that people calling me a ‘curry-muncher’ or ‘sand-n*****’ was not okay.

Over the past few weeks, protests and tension across the United States have continued to capture the world’s attention. The long and harrowing history of Black Americans losing their lives in police custody reached a tipping point with the death of George Floyd.

As one of the few people of colour at Magnum & Co, I felt compelled to help educate and write about the movement’s acceleration recently. It should come as no surprise either that I’ve been passionately involved in the Black Lives Matter movement since 2014.

As an Indian, yes I have faced racism, but it is not my place to speak over what Black people are saying right now. It is my place to listen to them, support them, and help educate people on what they are saying and what they need.

Right now, the Black community is understandably angry and demands justice, but it isn’t just in the form of ending police brutality and violence towards Black people.

It’s also a call to brands, corporations and greater society to do better by donating, supporting and amending the institutional structures that exist across the corporate world that give a disadvantage to Blacks, Indigenous and other People of Colour (BIPOC).

Why Should Brands Care?

Historically, companies have avoided aligning themselves or speaking out on political issues. There is a level of concern towards opinions on conflict, with a fear that it could possibly offend or alienate customers by associating their brand with a sensitive subject.

However, the Coronavirus pandemic threw this rulebook out the window. It became a necessity for brands to respond, reaffirm and support their customers in the struggles they were facing. The public saw that brands as entities had a duty of care to their consumer in a tough time. It is now clear that audiences are seeing brands as more than just a transactional value, there is a greater expectation and a higher level of accountability held to the places where we spend our hard-earned money.

This level of expectation exists in our growing demand for companies to follow a sense of corporate responsibility. Many argue that it’s simply good business for a company to do more than what is legally required.

Brands That Are Only Paying Lip Service

Contemporary marketing theories suggest that brands should show up and make a presence in the spaces where their consumers congregate. Usually it’s by posting relevant memes and staying on trend with the latest bubble tea craze. This makes the company seem more like a friend than a corporate entity.

Some advertisers have been quick to react and come out with messages of support for the movement. Nike, well known by its popular slogan ‘Just Do It’, changed it and went for ‘For Once, Don’t Do It’. A well-intentioned statement alongside video creative urging their followers to not turn their back on racism. However, Nike quickly received backlash with some users pointing out that the company makes billions out of Black sports people and consumers, yet does not have a single Black person in their executive leadership team.

No stranger to controversy, Amazon’s blanket statement about standing in support received large amounts of backlash. Users pointed out the hypocrisy with their mistreatment of warehouse workers as well as racist listings on their site. The ACLU also criticised Amazon’s history of selling face recognition technology to the police, which they claim ‘supercharges police abuse’.

There are pitfalls to brands trying to seem woke by broadcasting statements of support, but these backlashes only occur when the statement is an attempt to join the conversation without working towards any meaningful change. Yes, consumers are asking ‘what do you stand for?’ But they’re also asking what are you going to do about it, what are your values, how do you treat your employees, is your workplace diverse etc. Just saying you are standing with them is nice but probably isn’t going to be meaningful towards the marginalised. It can be seen as opportunistic. Instagram stories and posts only last for so long, what are you and your company doing after?

Another example of this was the spread of the now infamous black square for #BlackoutTuesday. A campaign that was good in theory; asking the public to go dark on social media to allow for a moment of reflection as well as give space for the #BLM movement to spread. But a few hours in and many switched-on users realised how counterproductive the protest turned out to be. As the #BlackLivesMatter and #BLM hashtags flooded with black squares, important information about the protests, resources and documents of police brutality were obscured.

From the fallout, many supporters of #BLM have come out to criticise #BlackoutTuesday as yet another form of performative ally-ship by corporations and individuals with large platforms.

Brands That Are Doing Right

All of this is not to say that all brands have responded to the situation poorly. Some have put their money where their mouth is. Denim giant Levi Strauss & Co has backed its public statements by committing a further $100,000 to its continued partnership with the ACLU (American Civil Liberties Union).

Another example is beauty brand Glossier, who took to Instagram to share their commitment to the Black community: “We stand in solidarity with the fight against systemic racism, white supremacy, and the historic oppression of the Black community. Black Lives Matter.” The brand then donated $500,000 across a number of organisations focused on combating racial injustice, as well as allocating $500,000 in grants to Black-owned beauty businesses.

These statements saw more of a positive response due to equity and respect that was shown towards the community long before they went marching in the streets. As well as reinforcing their commitment beyond the trending moment. Consumers are quick to notice if a brand is only aligning themselves with a cause for opportunities sake.

I don’t have it all figured out, but I do know Black Lives Matter and while I have mentioned various company positions that weren’t the best, this is not the time to criticise. This is the time for everyone to teach and learn from one another.

Your first step is to decide what your brand stands for, is it in this fight, does it support the movement. If all your employees are white and you’re attempting to have a conversation about racism, it is likely you’ll be met with hostility.

Which is why I wrote this blog post. Not because I believe all these brands are going to listen to me, but because I wanted to stand up for something that I believe in. Advertisers, marketers and communicators are in a position of power in the public and they know it.

By working at a communications agency, I recognise that I have a platform I can use to further support the movement. And off the back of conversations over the last week, Magnum & Co is grouping together to work out what we can do to help. We don’t know what that is yet exactly, but our guiding principle is to Do Things That Change Things.

Off the back of our recent release of ‘Make Good Things Happen’, it’s only apt that we start with ourselves. And that’s exactly what we intend to do at this time.