All Aboard the Brandwagon 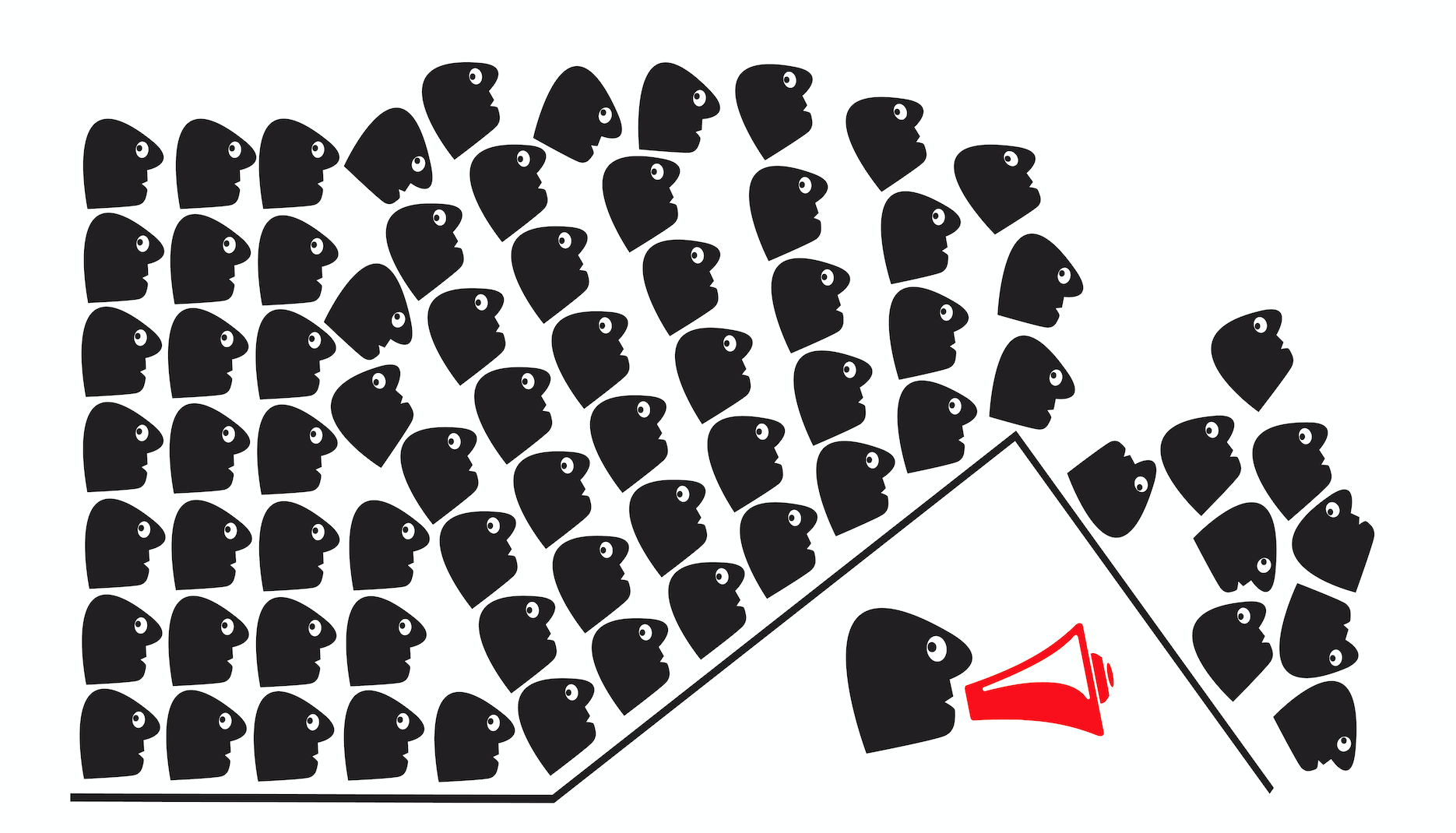 After nearly 20 years in this wonderful industry, my teammates might call me a grumbly old git.

I’d counter that by saying I’ve simply developed a healthy rejection of what I call brandwagoning. The act of sheepishly following concepts or ideas that quickly become unwritten rules. Or ‘principles of marketing’.

As an example, just last week Mondelez International did something epic. It created a whole new way of marketing. In their words…

“Humaning is a unique, consumer-centric approach to marketing that creates real, human connections with purpose, moving Mondelēz International beyond cautious, data-driven tactics, and uncovering what unites us all. We are no longer marketing to consumers, but creating connections with humans”.

However, and in defence of Mondelez, making brands more human has been bubbling about for a while. The fact it’s coming from a big multinational means it has reached peak brandwagon and will propagate further, becoming a new rule of marketing.

A big brand or agency starts advocating a concept like humaning. Cue more brands and agencies trying to be more human. And so it goes on, until there is one big global marketing movement ‘humaning’ brands.

Fast forward to 2021 and before you know it even Disney is making movies that are more human. That’s not to discount humaning. If you’re in the robotics business, humaning might be a great thing to do.

Of course, some rules are good, particularly in certain situations, but to all sheepishly follow the same ones at the same time is the antithesis of what marketing is all about.

Excuse the analogy but marketing is a competitive sport. We must always strive to be better and different to the competition, working with the resources we have available. Using the same rules and tactics as each other creates a rather boring, ineffective spectacle.

If we all do the same things, at the same time, we’re all left trying to do a John Lewis ad at Christmas. Or using the same influencers or smashing people over the head with a billion impressions.

Unfortunately, the dubious ‘rules’ of marketing are pervasive and come in all shapes and sizes. But blindly adhere to them we do.

Some seem to stick around forever. These tend to be so whimsical they’re impossible to argue with. Like fairies die when you sneeze. Brand love being a great example of a rule that seems to come back no matter how hard you try to flush it down the toilet.

Other rules have a bit more shock and awe about them. Despite being here today and gone tomorrow, they distract us en masse, getting a disproportionate share of investment and attention for a short period of time.

Generally speaking, these are hyped as the next big novel media thing. Remember Google Glass, MySpace, Periscope, Vine and Meerkatting all being things we absolutely had to have a strategy for. It’s easy to tell if someone is trying to exploit the situation and create a new rule. They will utter the words; ‘we’re doubling down’.

Certain rules are a bit flip floppy. One minute you must do it, then you were silly for even thinking about it. Every brand must have a website. Then who needs a website when you have social media? Yay social, goodbye advertising forever. What, now you have to ‘pay to play’ on social media?

Then there are the bigger divisive rules that ask us to choose camps or suggest that one thing is killing another. Are you brand or performance? Broadcast or programmatic? Long or short. For penetration or loyalty. For purpose, or for profit.

Unfortunately, there isn’t a single blueprint for marketing. In fact, I’d argue when one rule starts to become so ubiquitous, it might be a good idea to go ahead and break it.